I don’t post much on my blog anymore. Frequency took a huge downturn when social media became popular. I could use Facebook or whatever to stay in touch with friends, families, others, whatever I wanted to say. And over the years, Facebook artificial ‘intelligence’ has been good at banning me for mostly innocuous “offensive” GIF comments, believe it or not. One was “blake nipple” GIF. Last night’s was honey boo boo’s Mama Jade blowing a kiss.  Yes, snarky, but no, not disgusting at least to nearly all of my friends.  Funny thing it was in the past.  The worst thing about last night’s is that most of my friends and family keep up with one another with the platform. Many I don’t even have a way to contact them other than Facebook. OK, I can take it during normal times, but not while I’m terrified for my friends and family, they’re worried about me. Suddenly the virtual nature of social media comes down on my life in a real way. In essence, Facebook is more or less censoring my real life.  That’s going to change.

I know in Malcolm Gladwell’s Tipping Point (which is a GREAT book), he mentions a theory that most people don’t have capacity for more than 200 really good friends – people that you’ll always remember their names in person and things about them. I have a lot of friends that I really like online. Some of my friends I met online, later actually met in person while I traveled on business, and consider them really good friends now. Others, if I bumped into them at a party I wouldn’t remember their names. I think I have my 200 in my phone contacts list.

So maybe I’ll start spending less time on social media, touch down here now and then to blast out what’s on my mind in a deeper way than a 140 character tweet, or a knee-jerk Facebook post. I do enjoy funny or shocking videos, or other interesting content, but maybe Reddit or some other platform will be that for me.

So here’s what’s on my mind:

I want to offer my sincerest thoughts and positive vibes to my old highschool clasmate Jim F. Last week his father and stepmother were in a terrible accident caused by a speeding driver. Their convertible rolled, his dad was thrown from the car and will recover, but she was in a coma and they eventually lost her. I’m so sad for them, and to be dealing with that is a horrible thing. A little story about Jim. He became a police officer in my home town after highschool.  One Christmas day I was driving with my girlfriend over to my family’s house. We were late, I was speeding, and I got pulled over. After the officer asked for my ID, he said “Do you remember me? I’m Jim!” I recognized him, we had some small talk, and he let me go with a warning. I’ll never forget it.

We’ve all had it pretty good most of our lives. Things will change in all our lives going forward. I hope people are kind to each other, work to be unselfish and help take care of those in need. Get some exercise, fresh air, and be good to yourselves.

PS – I’m on Twitter at @kgreenbean. You can also find me on Instagram @kinggreenbean. Message me with your phone number and I’ll send you mine. 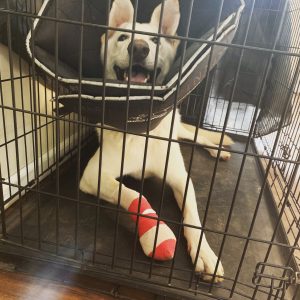